The powerful earthquake that rocked southern Mexico on Tuesday is now blamed for at least six deaths, including a worker at the country’s largest oil refinery, according to officials.

The magnitude 7.4 earthquake struck at 11:20 a.m. near the southern Mexico resort of Huatulco, damaging hundreds of homes and four archaeological sites.

“We lost everything in one moment to nature,” said Vicente Romero, an owner of a stationery store in the resort town of La Crucecita who told Reuters his home suffered structural damage. “This is our life’s work.”

The national Civil Protection Center said right before midnight a sixth fatality was reported in the southern state of Oaxaca, the epicenter of the quake where at least 500 homes were damaged. 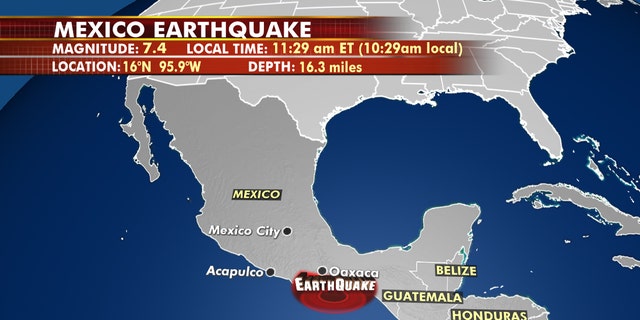 Among the dead were a worker at Mexico’s largest oil refinery who fell from one of the plant’s structures, according to the civil protection agency. 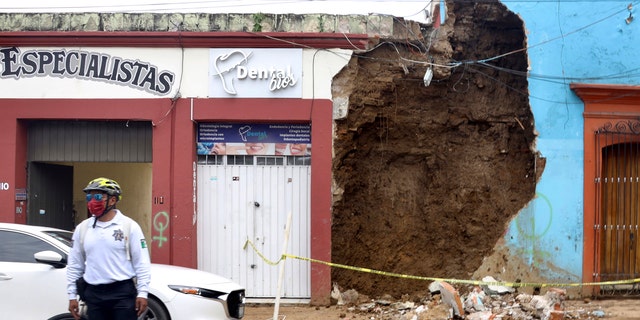 A policeman stands in front of a partially collapsed building after an earthquake in Oaxaca,, Mexico, June 23.
(AP Photo/Luis Alberto Cruz Hernandez)

The temblor also caused a fire at the plant that led to a brief shutdown.

“A small fire broke out and was immediately controlled,” a Pemex spokesperson told Reuters. 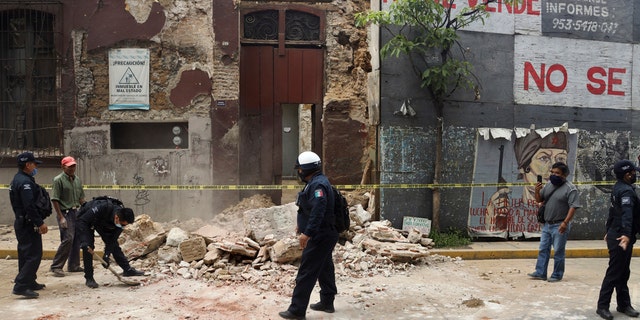 A policeman removes rubble from a building damaged by an earthquake in Oaxaca, Mexico, June 23.
(AP Photo/Luis Alberto Cruz Hernandez)

Mountain roads were blocked by landslides, while churches, bridges and highways also suffered damage during the quake.

In Huatulco, a laid-back beach destination known for surfing and small protected coves, the earthquake knocked goods off shelves and some rubble from buildings.

THE “RING OF FIRE’ EXPLAINED

At least six people were injured, including two in Mexico City, more than 300 miles north of the epicenter, where the shaking sent tens of thousands of people fleeing into the streets. 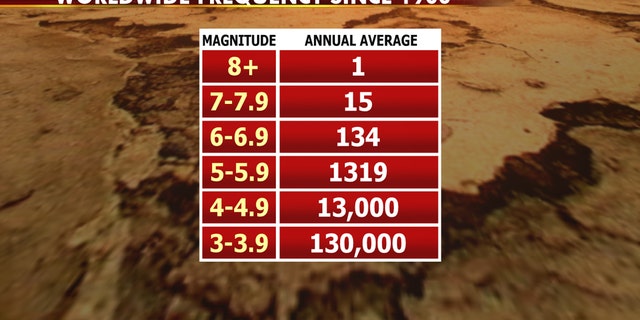 The quake had a magnitude of 7.4 and struck southern Mexico resort of Huatulco at 11:29 a.m. ET.
(Fox News)

Officials told El Universal that at least 10 health centers, already busy battling the coronavirus pandemic, sustained damage from the tremors. Eight hospitals scattered along the coast in Oaxaca were the most severely affected.

“Unfortunately, the earthquake was significant enough to cause damage to the ceilings, doors, facilities and walls, but the reports I have so far are that there are no structural damages,” Oaxaca Deputy Director of Health Services Juan Carlos Marquez Heine told the news outlet. 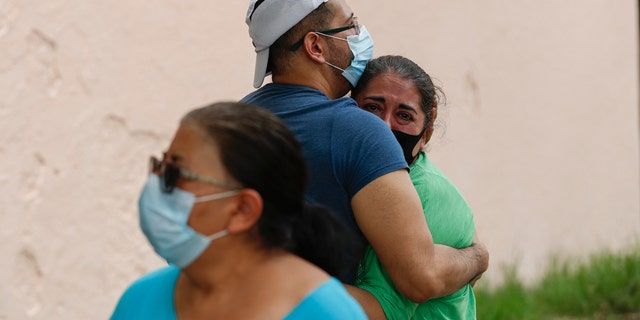 People embrace on he street as they wait for the all-clear to return to their apartment after an earthquake in Mexico City, Tuesday, June 23, 2020.
(AP Photo/Eduardo Verdugo)

Hundreds of aftershocks have been reported and the damage is still being assessed. It was felt in Guatemala and throughout south and central Mexico.

In Vatican City on Wednesday, Pope Francis prayed for victims of the quake.

“Yesterday a violent earthquake hit the south of Mexico causing victims, injuries and enormous damage. Let’s pray for them. May the help of God and our brothers give them strength and support. Brothers and sisters, I am very close to you,” he said at his weekly general audience.

The USGS estimated that some 2 million people felt strong or moderate shaking and another 49 million felt weak or light shaking.

Mexico’s Pacific coast is located along the volatile “Ring of Fire,” a horseshoe-shaped series of fault lines around the ocean. The region has most of Earth’s subduction zones, where oceanic plates slide under the lighter continental plates.

Earthquakes can occur when those plates scrape or subside underneath each other. At sea, it can spawn tsunamis.

The earthquake hit a quake-prone region of Mexico where four underground tectonic plates come together. In the past 35 years, there have been at least seven magnitude 7 or greater earthquakes, killing around 10,000 people — most of them in a 1985 magnitude 8.0 quake.

The Associated Press contributed to this report.