The economy has long been considered the greatest potential asset for the incumbent, a dynamic that has obviously shifted dramatically. But the size and scale of the next stimulus bill to offset the economic damage wrought by the
coronavirus — which has divided the Senate GOP — will go a long way to toward shaping what Trump can point to come November.

While it has been discussed for months, the next phase of economic relief is still weeks away. But there is now broad agreement something has to be done — something that wasn’t always the case. What it looks like, however, remains very much up for debate inside the GOP conference — and the clock is ticking.

Republicans have zeroed in on the last week of July to reach agreement on the next round of stimulus. Senate Majority Leader Mitch McConnell has been adamant for weeks on that timeline and the administration is on board. One extremely important point: that timeline runs right up against the most important stimulus cliff that exists: the enhanced unemployment insurance implemented by the CARES Act comes to an end July 31.

The value of the cliff

Republicans aren’t working alone here. They’ll need Senate Democrats to pass anything through the upper chamber. House Democrats
passed their $3 trillion proposal weeks ago. The two sides are exceedingly far apart on their visions for the next stimulus package. The cliffs between unemployment insurance and state & local funding, plus the end of small business loan assistance, will go a long way to focusing negotiations … whenever they actually begin.

McConnell has said the House proposal is a non-starter — and any GOP proposal would be significantly less than $3 trillion. Privately, McConnell has told the White House that the next phase needs to be around or below the $1 trillion mark, people familiar with the discussions tell me. He hasn’t moved off that, but there are some inside the White House, cognizant of the political repercussions and the depth of the issues in the economy, who are pushing for more.

If Congress doesn’t enact another stimulus measure, as much as $1 trillion in spending will disappear from the economy in the third quarter. For an economy kept afloat due to trillions in federal spending over the last three months, for that assistance to just disappear — as the country continues to struggle with the pandemic — could be devastating. It would also be, according to on GOP senator I spoke with Tuesday, “political malpractice.”

To underscore how serious Republicans are about that timeline — and how early-stage things remain — Treasury Secretary Steven Mnuchin attended the closed-door Senate GOP lunch on Tuesday and discussions were “very, very top line,” according to one GOP senator. He provided an update on the economy and where things stood on the $2.2 trillion CARES Act, but beyond that, not much. There was no talk on state and local funding, or a new round of stimulus checks or other central debates of the next round. It was not meant to be the launch of serious discussions about the next phase — it was simply an update from the Treasury secretary.

“We’re going to take our time and make sure that we’re thoughtful,” Mnuchin told reporters of where things stand. “Whatever we do, it will be much more targeted.”

I asked a Democratic senator what would finally drive Republicans to the table on the next stimulus package, particularly given that Democrats have had theirs on the table — and through the House — for weeks. The response? “Desperation. At some point they’ll have no other choice when you look at the scale of the economic devastation.” 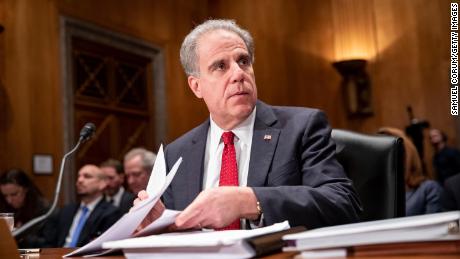 That may be true — but it isn’t yet. Several people in the room for the GOP lunch told me multiple Republican senators stood up to stress caution on the size and scale of the next package. There is simply not widespread urgency to move another stimulus package in the conference right now. The level of comfort with the late July timeline extends almost across the board, lawmakers and aides say. That’s quite something with the unemployment rate above 13%.

There remains a very real divide inside the conference about continuing large scale spending. That divided is bolstered by a series of influential outside conservative groups pushing Republicans not to spend more. There’s no sense that will sink the next effort — between the political and policy needs, lawmakers and aides are in agreement more needs to be done. But the chances the next round has unanimous Senate GOP support is exceedingly unlikely.

So what is actually happening

The Republican chairmen of the key committees who drafted the first emergency aid package said each of their staffs have been focused on the implementation of that law, identifying potential holes or issues with it and looking at what more can be done or is needed beyond those.

“We don’t have specific proposals or language yet,” Senate Banking Committee Chairman Mike Crapo, who is central to several components of the next package, told me. “We have a lot of areas where we think we may need to do some additional tweaking, do additional significant changes or add new” provisions. Crapo’s point, which matched that of the other chairs, is that the process is still very much in the information gathering and initial proposal stage.

This isn’t a full list, but it does reflect some of the major issues that will need to be addressed in the weeks ahead:

There is a significant divide inside the Republican conference on how to address the enhanced, $600 boost to unemployment insurance. There is widespread belief among Republicans that $600 was too generous and has had negative repercussions on the employment market.

“Unfortunately, we made a mistake and we incentivized some people not to go to work,” Sen. John Cornyn, R-Texas, told me. 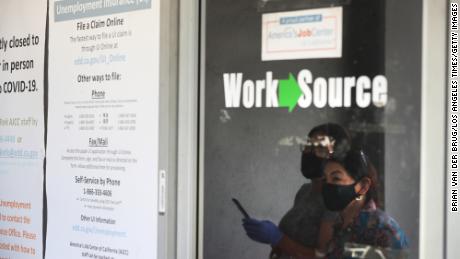 But whether to scale it back, or attempt to eliminate it entirely, or to replace it with an employment bonus (which has become a popular proposal) is still very much up for debate. One thing that isn’t: Democrats, who extended the enhanced benefit through the end of the year in their bill, view this very much as a redline issue. How this gets resolved is, in the words of one Democratic aide, “going to be the ugliest part of this process.”

Mnuchin has made clear more direct payments (or stimulus checks) are on the table — and told Republicans behind closed doors on Tuesday that no single issue has garnered a more positive response around the country than the stimulus checks, according to a person in the room. That, more than anything else, is why Trump himself is open to the idea, according to a person involved with the early stage White House discussions. But there isn’t unified support in the White House for a second round of checks, nor is there unified support inside the Senate GOP.

“I don’t think that’s a good idea at this point,” Sen. Pat Toomey of Pennsylvania told me Tuesday.

The reality, according to aides, is there will likely be some form of direct payments in any Senate GOP proposal, but they will be scaled back and targeted at lower income individuals.

This is another issue with a pretty significant split inside the GOP conference. Many remain wary of giving funds to Democratic governors who have pre-coronavirus budget issues. But the coalition of groups pushing for a significant infusion of cash for states and localities is powerful and has juice. Add Federal Reserve Chair Jerome Powell to the list of (cautious) advocates for state and local assistance and it appears clear there will be hundreds of billions of dollars for states and localities in any next stimulus bill. But the structure of those funds — and how exactly they are dispersed — are still very open questions. 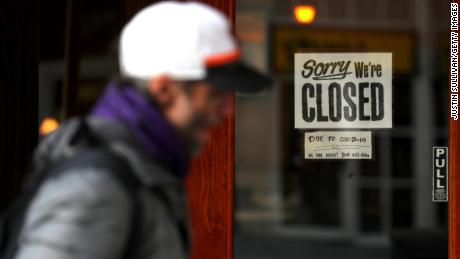 The Paycheck Protection Program kicked out more than $500 billion to more than 4.5 million small businesses. There was
no shortage of issues with its rollout, but there remains significant bipartisan support for the program and its role to this point. It ends on June 30, however. And there’s still $130 billion in funds remaining. Sen. Marco Rubio, a Florida Republican who is the chairman of the Small Business Committee, told me he plans a very targeted approach to the next round of small business aid, but what that looks like is still an open question. One thing that isn’t: small businesses still need significant help — and likely will for months to come.

This remains a redline for Republicans to support any new proposal. Cornyn and McConnell are drafting their proposal and Cornyn told me Tuesday he expected to release it in July. Democrats have significant issues with broad idea, so threading the needle here will be extremely important.

There will be no large-scale infrastructure package included this bill. Period. Despite rumors on Wall Street and the persistent chatter that an infrastructure deal in the range a $1 trillion may come to pass here, that’s simply not in the discussions. At all.